Mrs. Louise B. Quillen, widow of Newman Quillen, of Chincoteague Island, passed away at the age of 102 on Sept. 14, 2018, on Chincoteague.

She was born on Chincoteague, on Aug. 27, 1916, to the late Ernest and Elsie (Quillen) Savage. She was a member of Wattsville United Methodist Church.

Burial took place in the Downing Cemetery in Oak Hall.

Donations may be made to Wattsville United Methodist Church Building Fund, P.O. Box 44, Wattsville, VA 23483. Condolences may be made online at www.salyerfh.com 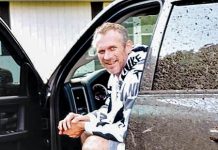