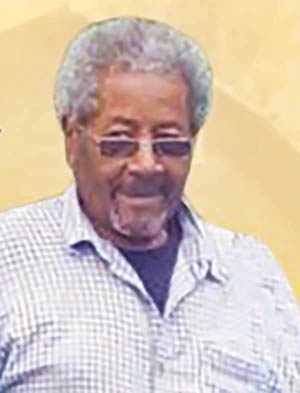 Mr. Constance Aaron “Junior” Reid, 86, the son of the late Mary and Clarence Reid, was released from the loving arms of his daughter, Neise, and son-in-law, Gordon Wilson, from their home in Nassawadox, into the arms of the angelic host and took his flight to Glory to rest eternally with the Savior on Aug. 23, 2020.

Junior, as he was called by all his family and friends, was born July 9, 1934, and attended school in Northampton County.

Having been raised on the Eastern Shore of Virginia, Junior developed a love for farming and worked various jobs on the farm. Whatever his job was, Junior took great pride in his work. In his later years, you could see Junior driving the grain truck up to Eastville, but he was never alone. You could always see his trusted companion, Bandit, riding shotgun with him. No matter where Junior went, Bandit was sure to be close by.

Junior had a special love for his family and lived surrounded by his sisters, Jeanette and Bernice, and before his demise, the word of God was fulfilled in his life that “his latter days would be greater than the former,” and what made them great was, each of those days was spent in the loving, attentive care of Neise and Gordon. Even to the moment that he closed his eyes into eternal peace, they were constantly there.

Junior leaves to celebrate his wonderful life: his devoted daughter, Bernice “Neise” Wilson (Gordon), of Nassawadox; son, Terrance Summers (Nicole), of South Carolina; four grandchildren, Eric Gardner, of New York, Terrance, of Texas, Tyiesha, of Alaska, and Treakwon, of South Carolina; two sisters, Bernice Smith, of Eastville, and Jeanette Robinson (Abraham), of Eastville; two brothers, Clarence Reid, of Trenton, N.J., and Ferdinand Reid, of Eastville; and a host of nieces, nephews, other relatives, and friends.
Junior was preceded in death by two sons, Elvis and Kelvin; his mother, Mary; and his father, Clarence.