Mrs. Nita Gay Hughes Gladstone passed away Oct. 30, 2020, at home with her daughter and husband by her side after a long bout with Alzheimer’s disease. She was born in Lynchburg, Va., on March 7, 1942, a daughter of the late Juanita and Gaither Hughes. Nita Gay grew up in Danville, Va. She was a member of Trinity United Methodist Church in Durham, N.C. She was also a member of the Daylily Garden Club, Hope Valley Country Club, and Hollow Rock Racket and Swim Club. Nita Gay graduated from Converse College in Spartanburg, S.C., with a BA degree and English major. She also received a BS Interior Design degree from Meredith College. She was the owner of Custom Interiors, an interior design company. Bridge, tennis, and reading were some of her favorite things and she was a member of local bridge, tennis, and book clubs. Nita Gay married Donald Roberts Gladstone on Sept. 12, 1964, and they had two daughters, Deborah Roberts and Julia Hughes Gladstone.

Nita Gay was preceded in death by her daughter, Deborah Roberts Gladstone. 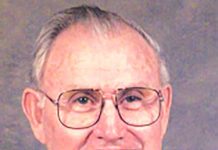