A working group was formed recently to promote and support development of a 50-mile hiking and bicycling trail along the Eastern Shore’s railroad line, where the last train ran in 2018.
The trail is planned to eventually extend from Cape Charles to Hallwood.
Community groups may become members of the Eastern Shore of Virginia Rail Trail Working Group partnership, according to a press release from the Accomack-Northampton Planning District Commission.
Anyone interested in learning more about the group should email info@easternshorerailtrail.com
“The potential for a trail that attracts new visitors and serves our Eastern Shore citizens must not slip through our fingers” said Spencer Murray, director and senior vice president of Canonie Atlantic Corporation, which manages the railroad, in the release.
“Concurrently our transition to a trail preserves our existing right of ways for existing and future infrastructure and assures that passenger and freight rail can return in the future if needed,” Murray said.
The railroad company in 2019 filed petition to abandon the railroad between Cape Charles and Hallwood, initiating a railbanking process that preserves the corridor for potential future railroad use as well as for other utilities, including things like broadband and a sewer line.
Railbanking allows for the corridor to be used for a trail.
The Boards of Supervisors of Northampton County and Accomack County in December 2019 signed resolutions supporting conversion of the corridor to a trail. Now that a Virginia Department of Transportation study about the rail trail is complete, the working group is beginning work to generate community support for the trail’s construction.
The VDOT study included a community survey that showed overwhelming support for the trail — 90% of 3,368 respondents said they would visit the trail if it is built and other said they are interested in the project.
The number one benefit survey takers mentioned is having a safer place to walk and bicycle, followed by health benefits and increasing tourism.
Forty-five percent of all survey takers said they would use the trail for bicycling and 32% said they would use it to walk. Twelve percent said they would run.
For Eastern Shore residents, uses were more evenly split — 38% would use it for bicycling; 37% for walking; and 13% for running.
The study can be reviewed at www.virginiadot.org/projects/hamptonroads/eastern_shore_rail_to_trail_study.asp
Health improvements are among likely benefits of the rail trail, according to a local health official.
“Improving lives of everyone on the Shore is a priority for Eastern Shore Rural Health,” said Matthew Clay, chief executive officer of Eastern Shore Rural Health.
“The Eastern Shore Rail Trail will give all community members another avenue to improve their quality of life through exercise and spending time enjoying the outdoors,” he said.
Trails in other parts of Virginia have had a positive impact, including encouraging physical activity and social connections; promoting business activity in nearby areas; and preserving the railroad’s history, according to the release.
Among the working group’s plans is to commission an economic impact study of the proposed trail.
A 2019 economic impact study of the Virginia Capital Trail, which runs from Williamsburg to Richmond, showed that trail added around $8.9 million to the economy in a year.
Another study, for the Virginia Creeper Trail in southwest Virginia, showed the trail helped revitalize the town of Damascus, according to the release.
Other goals of the working group include hosting bicycle rides on existing local trails; doing community outreach to raise awareness of and support for the project; and organizing volunteer clean-up events on the Southern Tip Trail in Northampton County.
That trail is planned eventually to connect to the proposed rail trail.
“I see the opportunity to tell the story of our heritage through the trail,” said Eastern Shore of Virginia Tourism Commissioner Tammy Holloway.
“The Rails to Trails project gives residents and visitors the opportunity to utilize a transformed deteriorated landmark as a revived area to ride, walk and enjoy the beautiful nature of Virginia’s Eastern Shore,” Holloway said.
The VDOT study outlined four potential segments of the trail, which would be built in phases, likely over a period of years.
Segment 1, from Cape Charles to Nassawadox, includes 18 miles of trail — running through multiple destinations including Cheriton, Eastville, and Machipongo — and four trailheads, with an estimated cost of $12.1 million, according to the study.
Segment 2, from Nassawadox to Eastern Shore Community College, is 12.5 miles — running through Exmore, Painter, and Keller — with one trailhead, with an estimated cost of $6.6 million.
Segment 3, from the community college to Onley, is 4.7 miles — running through Melfa and including destinations such as Nandua High School, the YMCA, and multiple restaurants and retail stores in Onley. The segment would include one trailhead and cost $2.5 million.
Segment 4, from Onley to Taylor Street, south of Hallwood, is 13.5 miles and includes two trailheads, at a cost of $7.4 million. It includes the towns of Parksley and Bloxom. 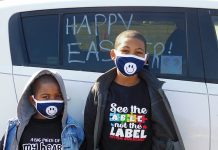