In his early years you would find him on a tractor in a field somewhere, following in the footsteps of his farming father. He moved on from driving tractors to work for VDOT and retired after decades of service as a weigh technician for their station in New Church.

Before and during his retirement, his love of the land led him to create and harvest one of the largest private vegetable and fruit gardens on the Shore. You could find him peddling his fruits and veggies on Route 13 in Nelsonia or from his simple stand in front of his Bloxom home. He was a longtime member of Guilford United Methodist Church, looked forward to hunting and fishing on his days off, NASCAR Sundays, and was always ready to watch a good wrestling match. Nothing was more important to Broaddus than his family, all of whom will forever cherish the beautiful memories shared.

Funeral services were conducted from the chapel of the Williams-Parksley Funeral Home Thursday, Nov. 18, 2021, at 2 p.m., with the Rev. Will Sloan officiating. Interment was held in the Groton’s Cemetery. 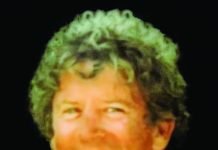 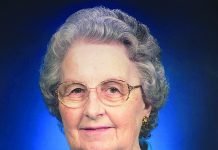